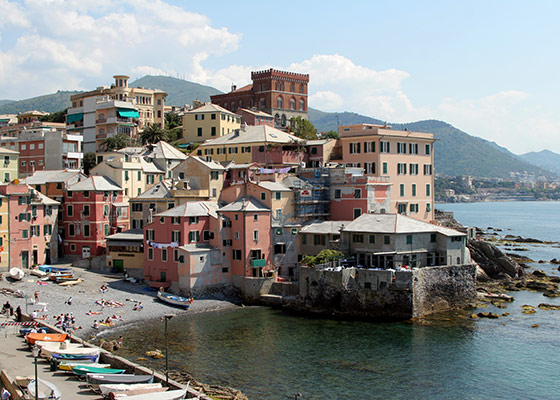 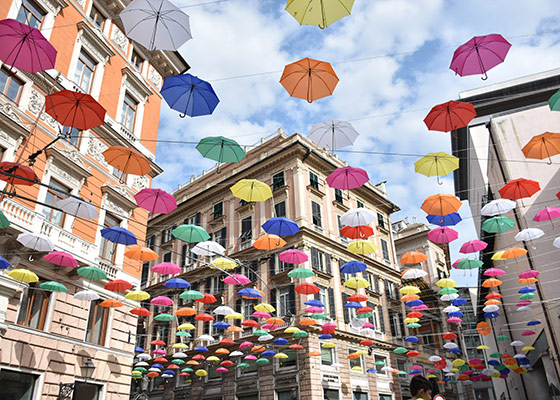 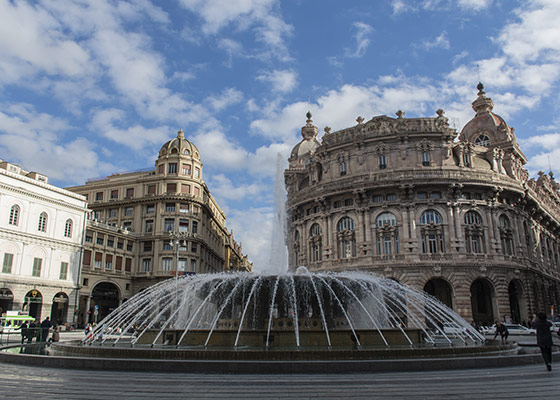 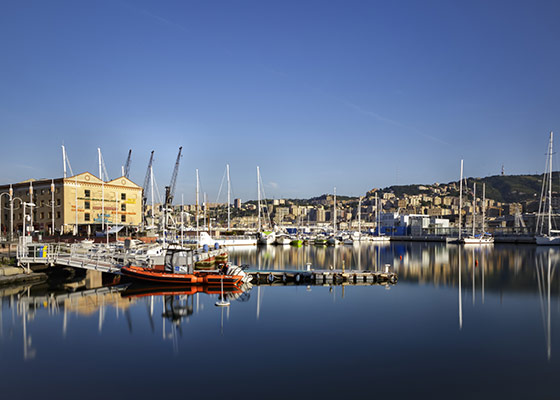 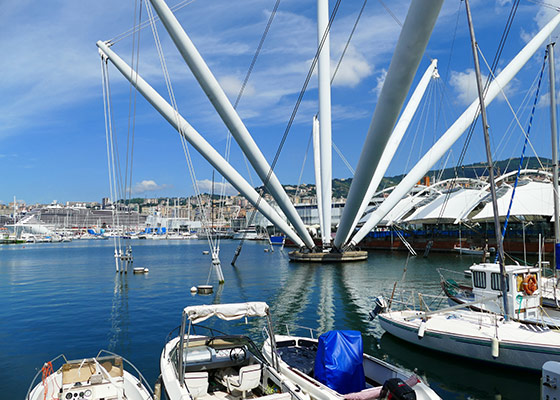 The magic of this millenary town lies in its contrasted nature: just few steps are needed to move from the signs of the glorious past to the symbols of the new city overlooking the future.

The Old Harbour (Porto Antico) area holds both the old and new town in a unique harmony of shapes and colours.

Symbols as the Lantern (la Lanterna), and the line-up of the magnificent ancient buildings mixes gracefully with modern and bold ones such as the Bigo (panoramic elevator whose cylindrical cabin gets up to 40 mts giving its occupants a bird’s eye view on the city), the Bubble (a glass and stainless steel structure suspended over the sea housing a very delicate humid ecosystem from the rainforest), designed by the famous architect Renzo Piano, as well as the structure of the famous aquarium, the cotton warehouses or the Galata Sea Museum. 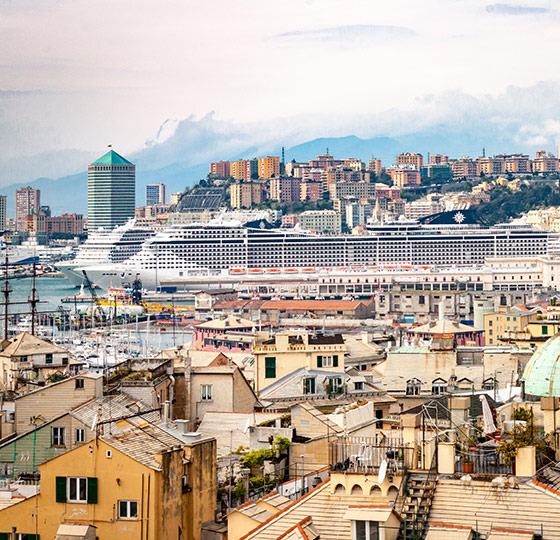 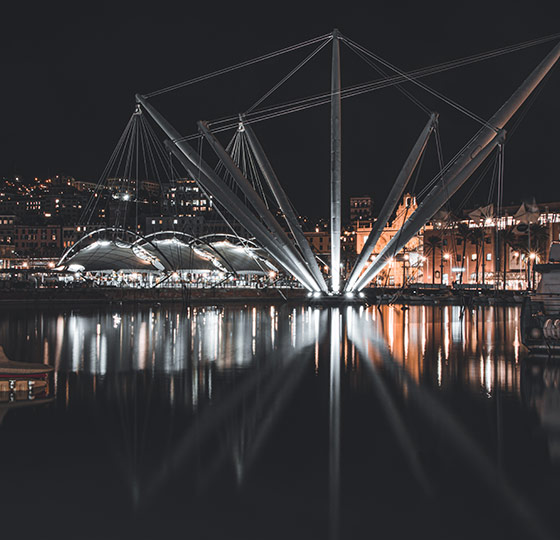 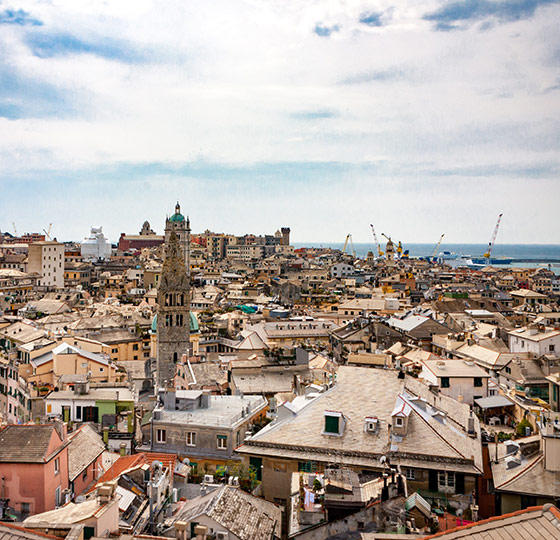 The Aquarium of Genova opened in 1992. It is one of the largest in the world with a total area of 27.000 square meters visited by an average of 1.2 million people every year.

The tanks, reproducing original environments, are home to about 15.000 animals of 400 different species including fish, marine mammals, birds, reptiles, amphibians and invertebrates.

The Old Town, has undergone a major restoration after years of neglect and has regained today the ancient splendour.

The visitor is given the unique chance to deep dive into the rich history of the town by just wandering through the labyrinth of the “carrugi”, and go to the discovery of treasures such as millenary churches hidden gardens and cloisters.

San Lorenzo Cathedral stands out among the other beautiful buildings for its magnificent gothic façade made of contrasting black slate and white marble, so common in our territory.

Palazzo Ducale, Palazzi dei Rolli (list of noble palaces which during the XVI centuries were obliged to host high personalities who came to Genoa in state visit) a UNESCO World Heritage Site since 2006, Via Garibaldi, Strada Nuova, Via Balbi are just some trademarks of the commercial and financial power of Genova “golden age”.

Today these magnificent buildings house museums of international standing that are important both for their architectural beauty and for what they exhibit.

Other than a seaside town, Genova is also known for the numerous ancient villas set in spectacular parks: from Villa Pallavicini in Pegli with its collection of romantic camellias to the park of Nervi with the luxuriant rose garden.

DISTANCE FROM THE HOTEL: 28Km approx.
BACK TO LOCATIONS LIST

This website uses cookies to improve your experience while you navigate through the website. Out of these, the cookies that are categorized as necessary are stored on your browser as they are essential for the working of basic functionalities of the website. We also use third-party cookies that help us analyze and understand how you use this website. These cookies will be stored in your browser only with your consent. You also have the option to opt-out of these cookies. But opting out of some of these cookies may affect your browsing experience.
Necessary Always Enabled

Any cookies that may not be particularly necessary for the website to function and is used specifically to collect user personal data via analytics, ads, other embedded contents are termed as non-necessary cookies. It is mandatory to procure user consent prior to running these cookies on your website.