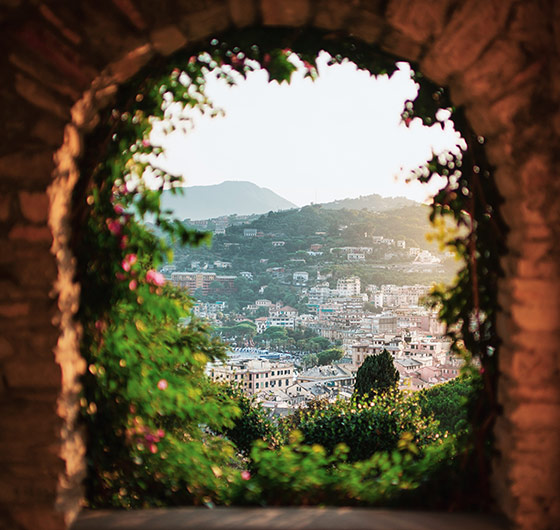 RAPALLO is located at the innermost point of the Tigullio gulf.

The city has ancient origins and was the most influential of the gulf until the second half of 1800. S. Margherita, Zoagli and many other neighbouring towns were annexed to its territory.

During the late ‘800, Rapallo was a renowned tourist centre that used to attract celebrity-guests such as Nietzsche (who during his stay wrote the first part of “So spoke Zarathustra”), Theodore Roosevelt, Franz Liszt, Guy de Maupassant, Eleonora Duse and Ernest Hemingway.

This was the period during which exclusive hotels and luxury villas in liberty style were born.

The most important religious building in Rapallo is the Sanctuary Basilica of “Nostra Signora di Montallegro” built by the population of Rapallo in the location where, according to local tradition, a vision of the Virgin asking to a peasant to be honoured in that exact spot took place.

The sanctuary can be reached by foot (a quite challenging uphill walk), or by a panoramic cable car and is located in a super panoramic position where you can catch a stunning view of the whole Gulf.

Nostra Signora di Montallegro is also the Patron-Saint of the city and the “July festivities” are celebrated in her honour every year. 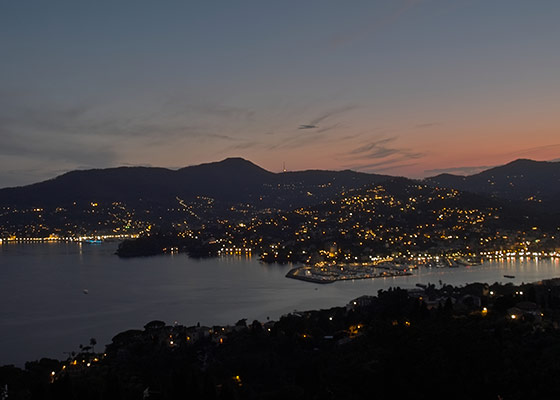 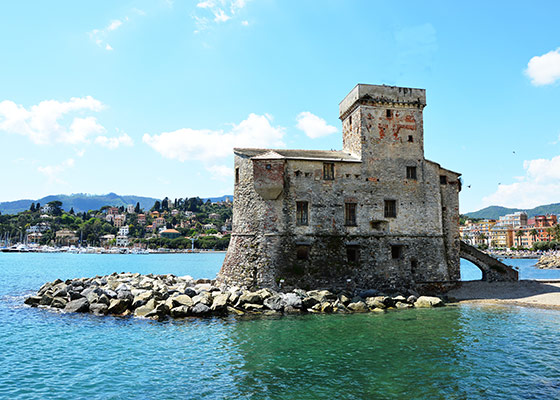 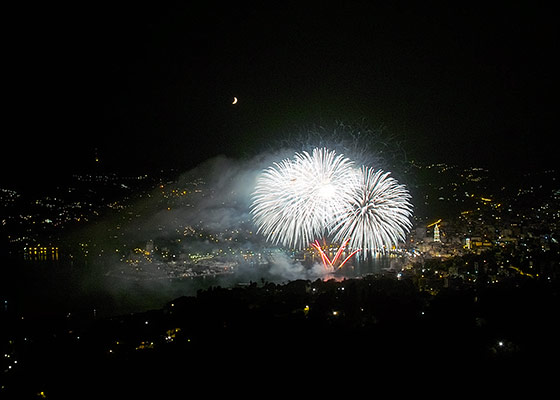 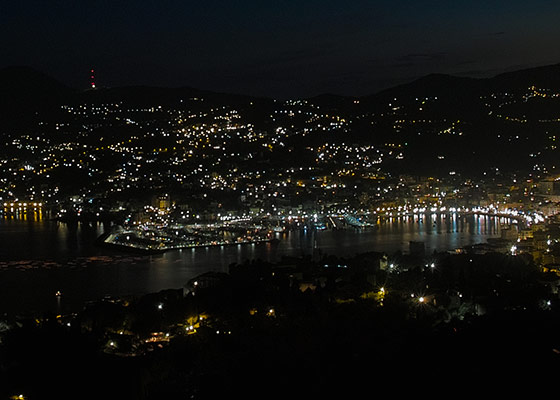 The Castle on the Sea was built around 1500 with the purpose to defend the population from pirates and barbarian raids, now it has been restored and is used as a venue for art exhibitions and other cultural events.
During July festivities, the castle is artificially set on fire with a very suggestive fire-works show.

The historic centre of the town is a synthesis of medieval, nineteenth-century and art nouveau elements.
Some houses still retain the characteristic slate portals; the remaining arcades are formed by heterogeneous pillars from the most varied ports of the Mediterranean and were used as ballast for boats.

Macramè lace and tombolo are an art all Ligurian become a rarity, which can be admired in the Lace Museum of Rapallo. The seat of the Museum is the historic Villa Tigullio, home of the Spinola family, built within the beautiful Casale Park. The collection consists of over 1400 very rare and precious lace artifacts, dating from the sixteenth to the twentieth century.

DISTANCE FROM THE HOTEL: 2Km approx.
BACK TO LOCATIONS LIST

” IN THE MORNING I WENT SOUTH, GOING UP THE BEAUTIFUL ROAD OF ZOAGLI, AMONG THE PINE TREES, WITH THE WIDE EXTENT OF THE SEA UNDER ME”
F. NIETZSCHE 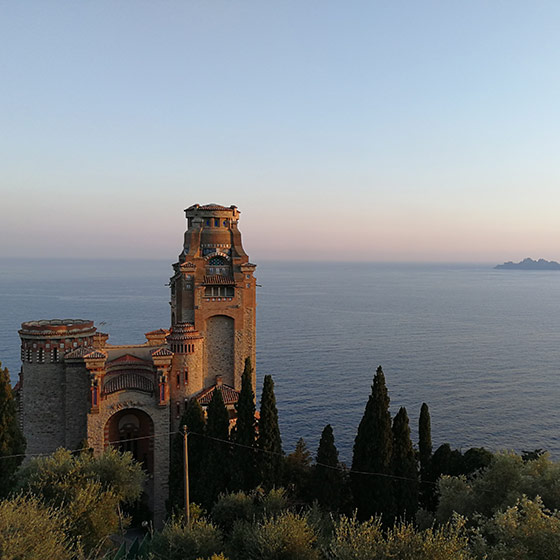 Zoagli lies in a small bay along the coastline between Rapallo and Chiavari.

Pre-roman finds along with its well-defended position against both negative weather and invasions explain why Zoagli was one of the earliest human settlements in Tigullio.

After being a feud of the Fieschi family of Lavagna, during the 12th century, it came under the influence of the city of Genova and it was at that time that two lookout towers were built against the incursions of pirates. The towers still can be seen at the two extreme ends of the village.

Zoagli has always been (and still is), well known for its workshops specialized in weaving of precious silk velvets. In 800 there were at least 1200 looms in the area.

Today this ancient art is only practiced by two ateliers, still it is possible to admire the realization of velvets and damasks on original nineteenth-century looms.

The civic emblem of Zoagli shows the color of the two most important fraternal orders: blue for the sailormen and yellow for the weavers with the effigies of the two towers
In its more recent history, between 1800 and the 1900, Zoagli also became a renowned destination for élite tourism. An interesting testimony of this period is represented by the outstanding castle built by the writer and playwright Sem Benelli (see photo).

During August 1996 on the seabed of the bay in front of the central beach, a statue of the Madonna del Mare was placed in, (about 9 meters deep) making of Zoagli a further destination for diving enthusiasts!

On the heights of Zoagli, S. Ambrogio and S. Pantaleo are worth a walk.
From the churchyard of S. Ambrogio, the stunning open wide view extends from Rapallo to Portofino, while from S. Pantaleo, which is an ancient church dating back to the Byzantines, you will be able to admire the beautiful coastline towards Chiavari, Lavagna up to the city of La Spezia.

On the road that connects this two locations you will find the nice villa where, until the middle of last century, American writer Ezra Pound used to live.

DISTANCE FROM THE HOTEL: 7Km approx.
BACK TO LOCATIONS LIST

This website uses cookies to improve your experience while you navigate through the website. Out of these, the cookies that are categorized as necessary are stored on your browser as they are essential for the working of basic functionalities of the website. We also use third-party cookies that help us analyze and understand how you use this website. These cookies will be stored in your browser only with your consent. You also have the option to opt-out of these cookies. But opting out of some of these cookies may affect your browsing experience.
Necessary Always Enabled

Any cookies that may not be particularly necessary for the website to function and is used specifically to collect user personal data via analytics, ads, other embedded contents are termed as non-necessary cookies. It is mandatory to procure user consent prior to running these cookies on your website.